Oreo and her Tooth Fairy Pillow 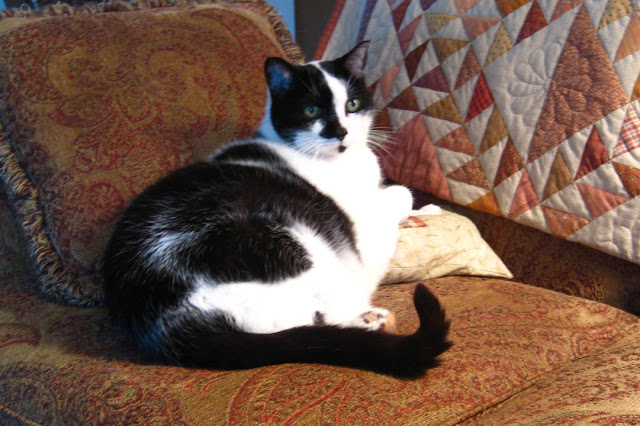 Oreo, our cat, has lived on two farms and two houses in Winona and gone on many adventures.  Now, she is relaxing on her favorite tooth fairy pillow. 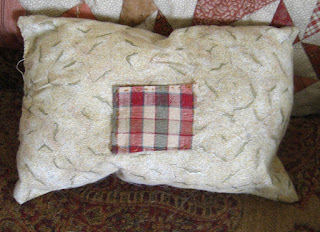 Here's a close up of the pillow.  The lost tooth would be placed in the plaid pocket in the hope that the tooth fairy would come, replacing the tooth for a coin.  Oreo, keeps hoping for a treat in that pocket.

Oreo has adopted the tooth fairy pillow.   The Tooth Fairy Pillow was created by one of my students. The pillows were part of an economics project that the students created at Bluffview Montessori School in 2009.

Oreo has a few poses that she enjoys while hanging out with the tooth fairy pillow: 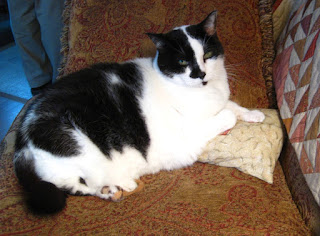 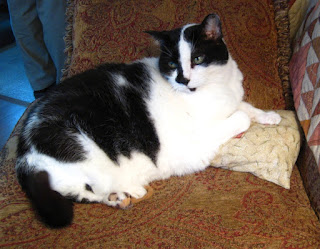 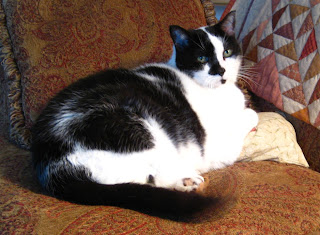 Oreo has her fore legs tucked under herself.  It looks like she is praying. 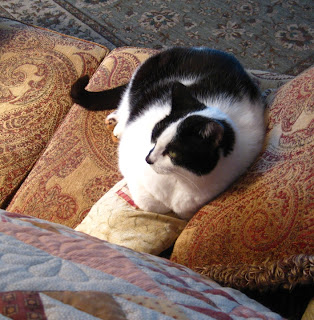 She likes things orderly and neat.  The pillow is leaning on the arm of the couch, the tooth fairy pillow beside it, my Mother’s favorite quilt on the back of the couch and Oreo sleeping in the middle of it.  More antics of Oreo coming soon.