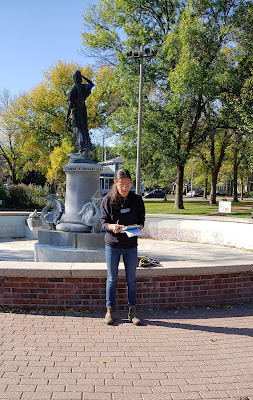 Marcie Radliff had an idea, "What would it be like to write poems with other people in a place?"  She got a grant to invite people of Winona to write poetry with her.  She had pop up locations such as Levee Park, the East End Recreational Center, the Public Library to bring the invitation.

She had her capstone project to read some of her poems and share discussion on October 9, 2021. Some poems were placed around the park to read. 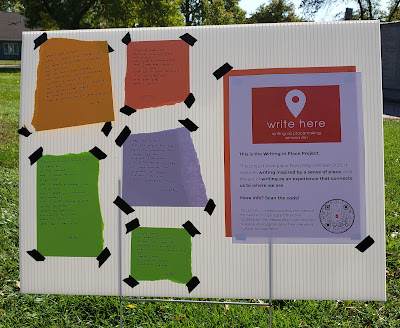 I typed out a few of her poems with Marcie's permission for you to read:

What I want to know is

What in nature is all straight lines, all corners, not curvature, no variation:

not the river's edge, washed

and tickled by current and eddy

not even a blade of grass

only these street corners, lampposts,

a grid on the earth

cornices proclaiming how precise we are 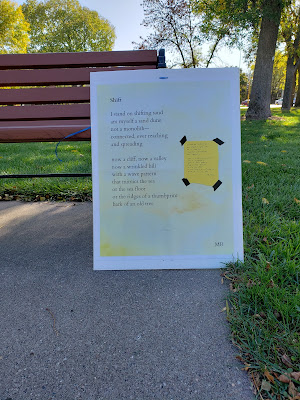 I stand on the shifting sand

am myself a sand dune

now a cliff, now a valley

with a wave pattern

that mimics the sea

or the sea floor

or the ridges of a thumprint

bark of an old tree 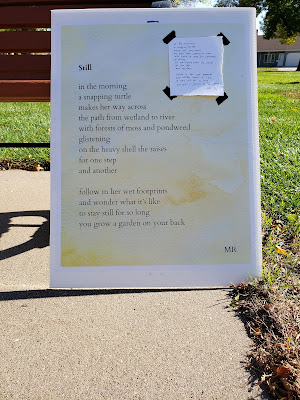 in a strong wind

I bear witness to the undersides

what is delicate about us

what we rarely show

and what was once stable--

by these tiny tendrils 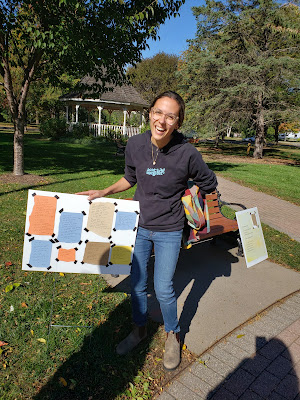 Marcie gathering up all of her poem boards and laughing 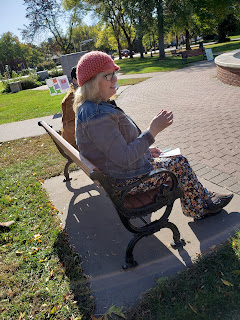 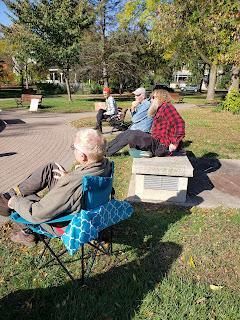