Ideas and plans to create the Season 10 Great River Shakespeare Festival Quilt began in February 2013. Seven local artists, artisans, stitchers, and sewers, Dee Cipov, Connie Larson, Mary Kaser,  Kathy Seifert, Mary Alice Anderson, Margaret Kiihne, Mary Lee Eischen and Rob Thomas  came together around a large dining room table at Margaret and Ray Kiihne’s home.  This is a simple story of the quilt coming together.  There were many hours of work, gathering together, discussion, laughter, and time that went into this quilt. 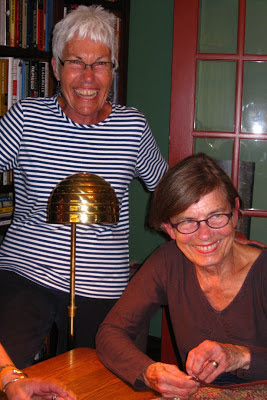 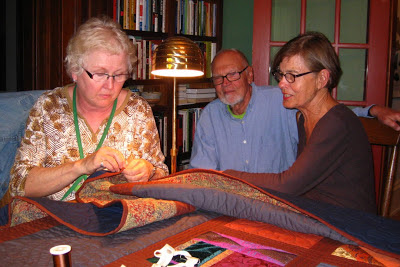 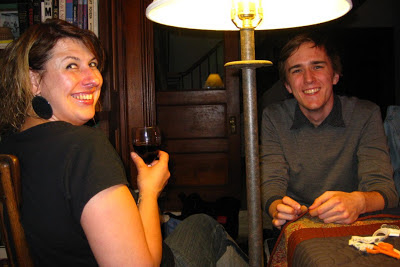 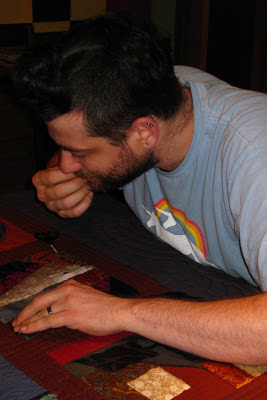 People came forward with design ideas: Kathy Seifert, Connie Larson, and Jeanne Oost.  After much discussion, a design was chosen that would include a center medallion and 10 blocks measuring 9.5” finished squares to surround the center.   Sashing strips would be added around the blocks.  It was decided to create a queen sized quilt.  Guidelines and parameters were considered for balance, design, and artistic beauty. 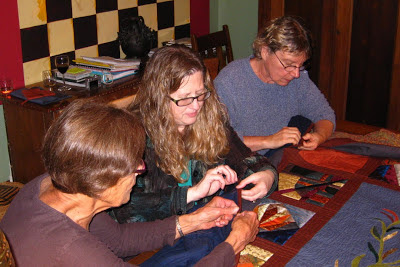 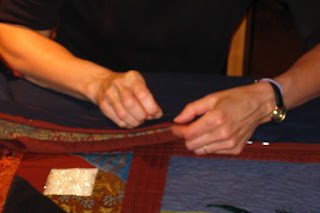 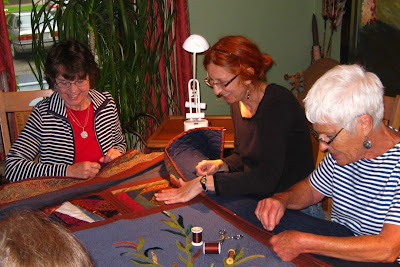 The artists who lived at a distance were sent costume fabrics from the previous season’s plays and invited to create a block. The discussion was involved.  Some of the discussion happened via e-mail and telephone. 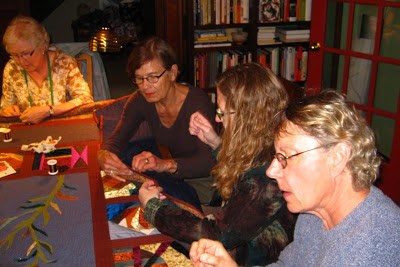 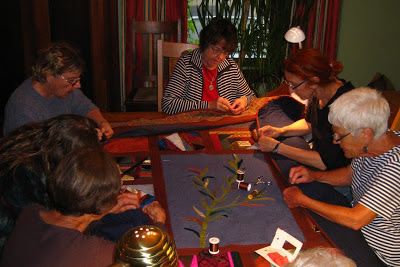 A design decision was made to use solid colored cottons as sashing around the blocks and as part of the border. Kathy Seifert and I agreed to take swatches of the blocks fabrics and find solid colored fabrics to compliment the costume fabrics used in the blocks. 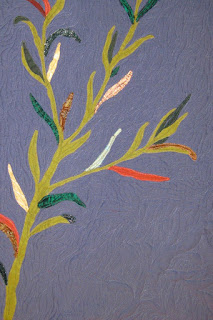 Many discussions about the center medallion happened.  It was suggested that we create a rosemary plant image to honor Rosemary Ingham, the costume designer and co-founder of the Great River Shakespeare Festival.  She graced the Great River Shakespeare Festival with her talent until her death in 2008.  I agreed to work on the rosemary design alongside Kathy Seifert.   I created the drawing.  Kathy provided the expertise about the applique technique.  Over one weekend, we put it all together.  Then the rest of the quilt could be assembled. 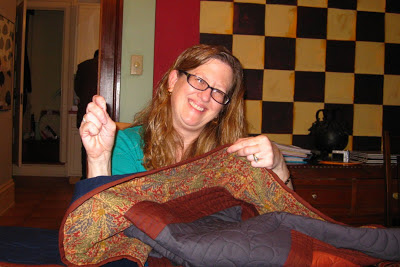 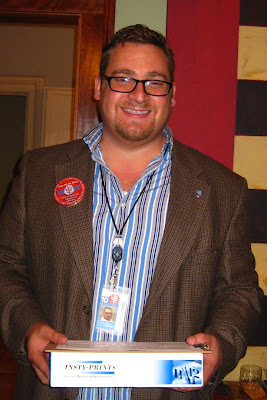 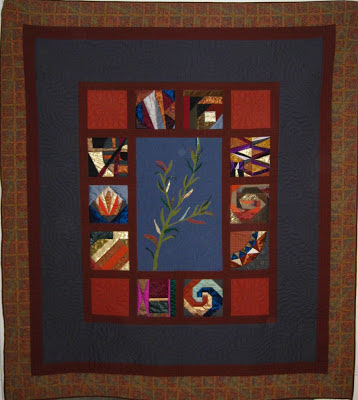 
Raffle tickets cost $5.00 for the chance to win the Season 10 GRSF Quilt.  They are available at the downtown box office or from any of the makers.  Drawing for the quilt is happening at the Callithump, July 30th, 2013 at the Performing Arts Center on the Winona State University Campus.

Learn about all the events of the Great River Shakespeare Festival such as plays, free concerts on the green before the plays and more.

Thank you to Rob Thomas for taking group stitching photos on the day of the finish binding. All other photos on this blog post were taken by Mary Lee Eischen.

See you this summer around the festival.