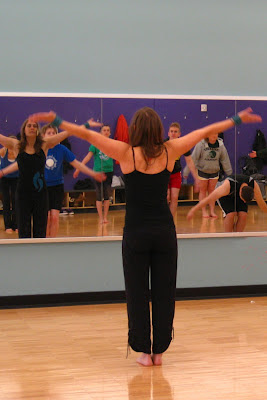 Jacque took a little time out of her busy schedule to talk with me about her passion for movement with dancing  Nia, teaching dance, and balancing life in relationship with her family as a mother, wife, and friend.
Jacque has been dancing and moving her whole life.  Moving in her body has been a calling; and seems to take new shape and form as she dances through life.  Dancing in studios and in troupes has been part of her history from being a backup dancer for a hip hop group out of Detroit called Slice to dancing with a dance company out of Rockford, Illinois called Midwest Movement.  As a young dancer, she was asked to dance in ways that stressed and injured her strong body. At one point she suffered a shoulder injury that did not allow her to raise her arm. 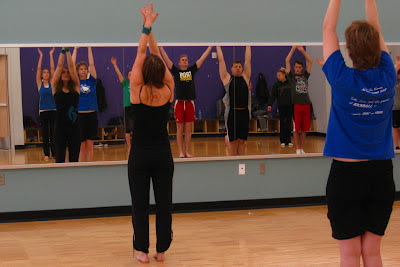 When she began dancing the Nia Technique, the joy of movement was a new concept for her.  The Nia Technique encouraged people to listen to their bodies and to move in ways for pleasure instead of pain.  An appreciation and a love for her body began to grow. 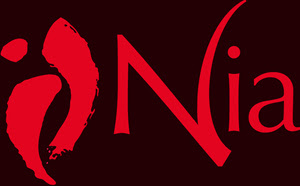 “Nia is a sensory-based movement lifestyle that leads to health, wellness and fitness. It empowers people of all shapes and sizes by connecting the body, mind, emotions and spirit. Classes are taken barefoot to soul-stirring music in more than 45 countries worldwide. Trainings are designed for those seeking personal enrichment and professional development. Every experience can be adapted to individual needs and abilities.” 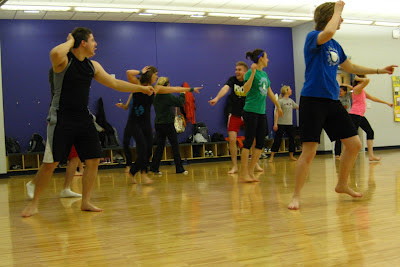 Though the students are following Jacque’s lead in the class, each is following their body’s way.  And some of the movement can create some laughter.
The Nia Technique is a combination of dance arts, martial arts and healing arts.  Nine movement forms make up Nia.

The Alexander Technique
The Teachings of Moshe Feldenkraise
Yoga
If a person wants to go deeper in the practice of the Nia Technique, the trainings build like a martial art belt system.  The first belt is the White Belt.  Jacque took the White Belt intensive training in 2010 with Winalee Zeeb at Heartdance Studio, in Lansing, Michigan.  In the White Belt, there are 13 fundamental principles of Nia.  This training was very embryonic for Jacque.  It was life changing; a portal back into her body.  She found truth about her body.
In the 2011, Jacque took the Green Belt training at Studio Nia in Portland, Oregon with Britta von Tagen.  This training was challenging.  It cleaned up her technique of Nia.  She enjoyed taking the training at the Nia Headquarters and home studio of Debbie Rosas, co-founder of the Nia Technique. 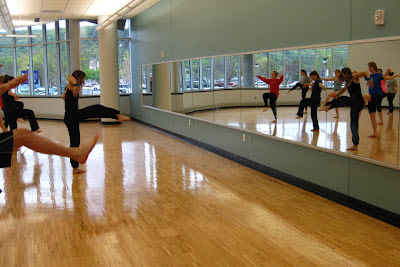 Jacque’s life is full to overflowing as a Nia and Modern dance teacher for adults and children.  She is pursuing a master’s degree at Winona State University.  In her home life, she is married and has two young boys.  How does Jacque balance all the complex parts of her life?  She schedules it.  She consciously holds space for each role.  Whether it is dancing with a friend to practice the craft, or taking a hot tub, Jacque builds these things into her schedule.  She sets clear boundaries to make her life work.  Her life with her family must come first.  Her work with Nia in the Winona Community and her vision for health and movement are high on her list, following family. 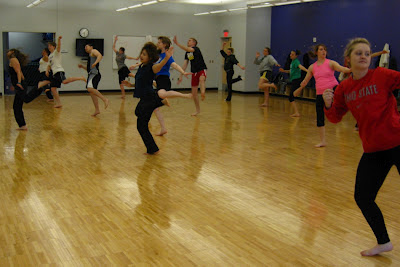 In Nia, Principle Five of the White Belt is called Life as Art.  For Jacque that means living in each moment.  Sometimes it seems that life is too busy to integrate that into consciousness.  Her little son, Zephyr, reminds her to stop each time they come to a flower to have a sniff.
One of her favorite parts about dancing Nia is that no matter what she feels like before coming into a class, afterward she feels great.  Dancing gives her a sense of submission to her body’s way.  There is nothing else going on for one hour except to dance. 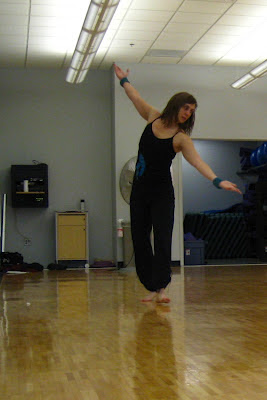 One of Jacque’s favorite movement forms is Feldenkraise.   Sensing how the body moves is powerful work.  The Feldenkrais Method® of Somatic Education says
“Learning to move with less effort makes daily life easier. Because the Feldenkrais Method focuses on the relationship between movement and thought, increased mental awareness and creativity accompany physical improvements. Everyone, from athletes and artists to administrators and attorneys, can benefit from the Feldenkrais Method.”
Duncan dance was one of Jacque’s least favorite movement forms due to what she perceived as a lack of structure.  As she realized that it had everything to do with sensation, she has grown to appreciate it.  Duncan dance is an “in-road” for some people into Nia.  The freedom makes it more accessible.  Lori Belilove writes about Isadora Duncan:  “Virtually single-handedly, Isadora restored dance to a high place among the arts. Breaking with convention, Isadora traced the art of dance back to its roots as a sacred art. She developed within this idea, free and natural movements inspired by the classical Greek arts, folk dances, social dances, nature and natural forces as well as an approach to the new American athleticism which included skipping, running, jumping, leaping and tossing.” 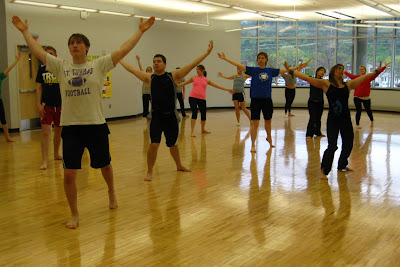 Photographs were taken in a Nia class with Jacque at Winona State University in the Integrated Wellness Center in spring 2012. 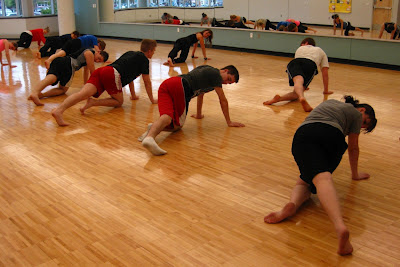 The Alexander Technique is about moving from the top.  Joan Arnold says, “The relationship between the head and the spine is of utmost importance. How we manage that relationship has ramifications throughout the rest of the body. As the boss -- good or bad -- sets the tone for an organization, the head / spine relationship -- compressed or free -- determines the quality of the body's overall coordination.  Our neuromuscular system is designed to work in concert with gravity. Delicate poise of the head sparks the body's anti-gravity response: a natural oppositional force in the torso that easily guides us upward and invites the spine to lengthen, rather than compress, as we move. Instead of slouching or holding ourselves in a rigid posture, we can learn to mobilize this support system and use it wherever we go -- in the car, at the computer, in the gym.” 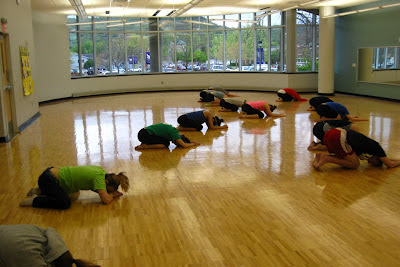 Child’s Pose, pictured above, is an asana, a posture that is held in Yoga.  The pose has a calming and restorative effect on the body.
To find out where Jacque is teaching Nia and learn more about Nia including classes and trainings in the area, go to the Nia website:
www.nianow.com

How do you like to move your body?  What are your favorite movement forms within Nia?  Curious about what rocks your world. Leave a comment or two and let's get a conversation going.
Posted by Mary Lee